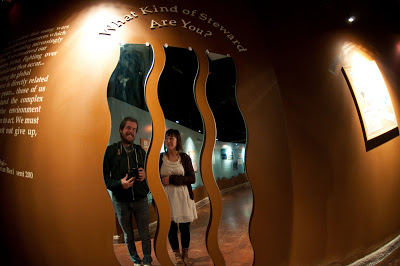 Jake and I went on a fun date to the Sandy Aquarium! I have been wanting to go ever since we saw a billboard when we were driving. The first part of the aquairum was all about the fish of Utah. I thought this mirror looked like seaweed. 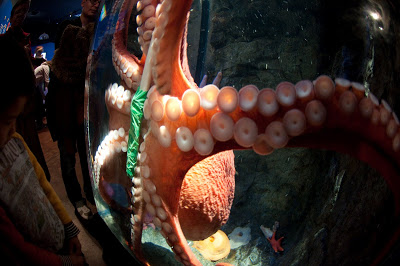 A cool octopus! We stared and looked at Mr. Octopus for quite awhile. He was very entertaining. This is when I found out about Jake’s love for squids. I knew he liked them because he had talked about them many times, but his true love for them came out after seeing this octopus. 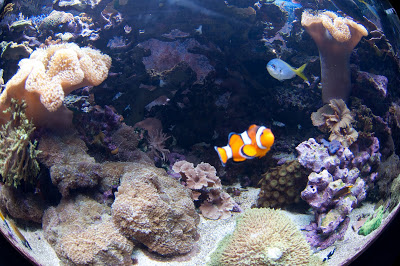 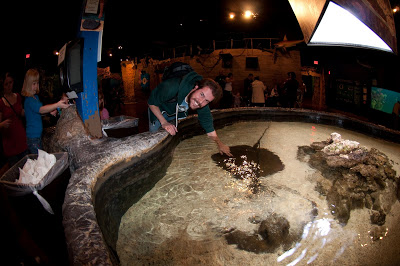 Jake was fearless as he pet the sting ray. I felt a little different as I went into touch it. After I did it I was glad. The sting ray was slimy and silky smooth all at the same time. 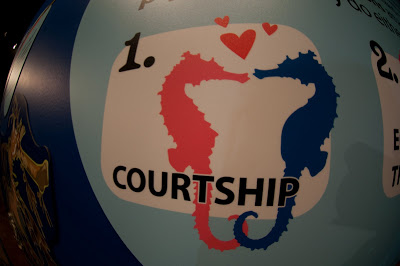 Did you know seahorses date? Well, by this sign, I guess they do! I found out that after female seahorses have the eggs, she gives them to the male, and he carries the children to birth in his pouch. Wow! I think the male seahorse is the only baby carrier I have heard of. 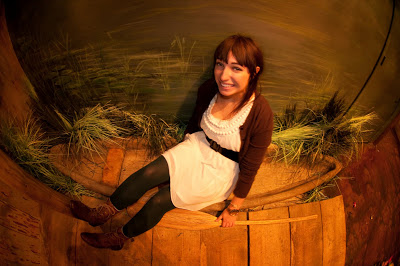 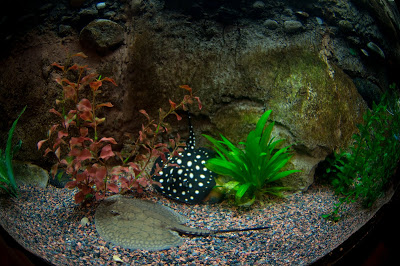 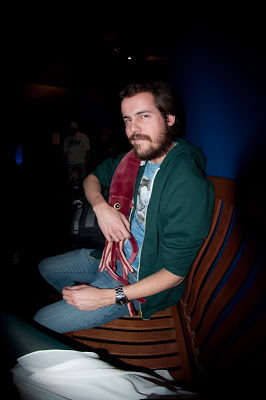 Wahoo! The gift shop had a stuffed squid for Jake! It happened to be the only one in the shop too! We sure lucked out to find this furry friend!

After our fun date of the aquarium, we went to our favorite, Chickafila to get yummy chicken and fries! After that we went to REI to look for some biking shorts for Jake, because we had purchased bike trainers so we could ride our bikes indoors when it was winter. After REI we went to Momentum Rock gym to watch the National Rock Climbing men’s and women’s competition. They said the route for the girls was a 13a and the boys route was 14a. The crazy thing is at gyms the highest a route will go is 12c or d. I am just barley starting to even think to attempt a 10a. And that’s just thinking! MJ and Jessica S. came and met up with us! That was fun! MJ is the greatest friend ever. He used to competition climb all growing up, so he was awesome helping explain everything that was going on. Oh, I love, love, loveeeee rock climbing!