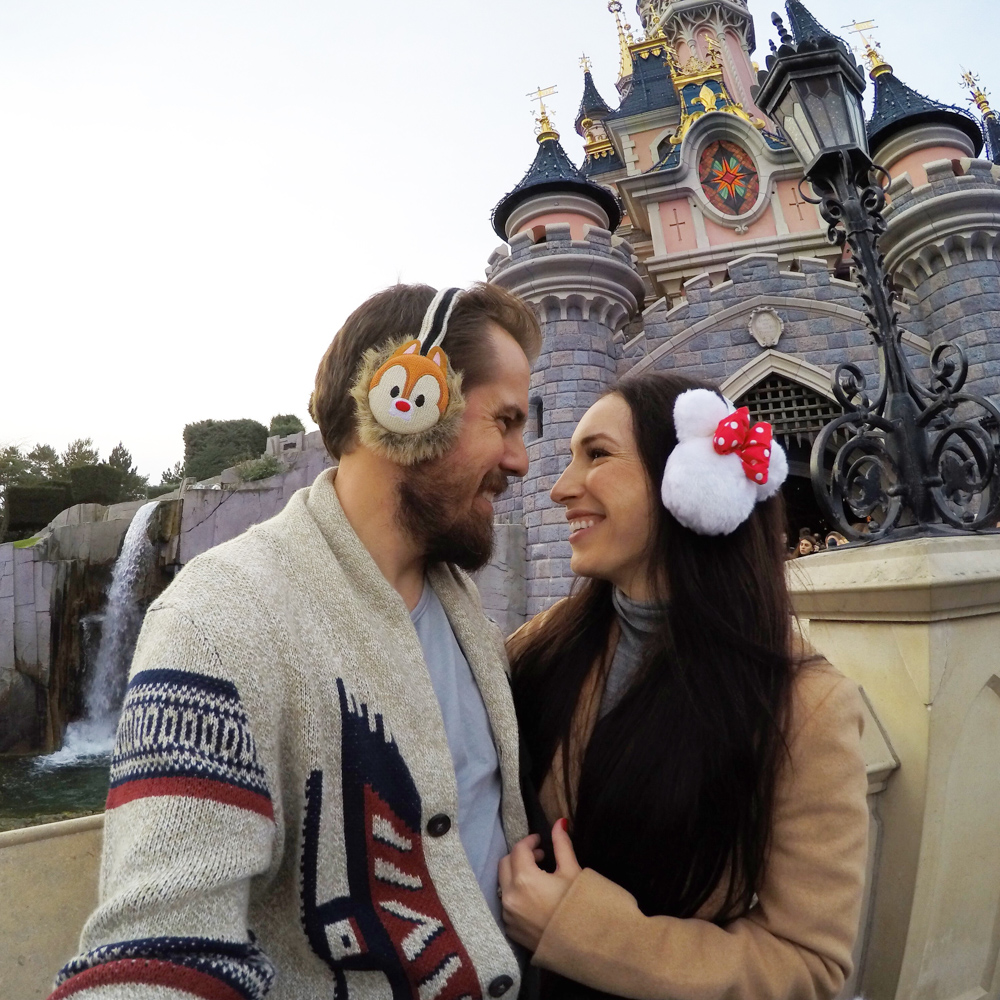 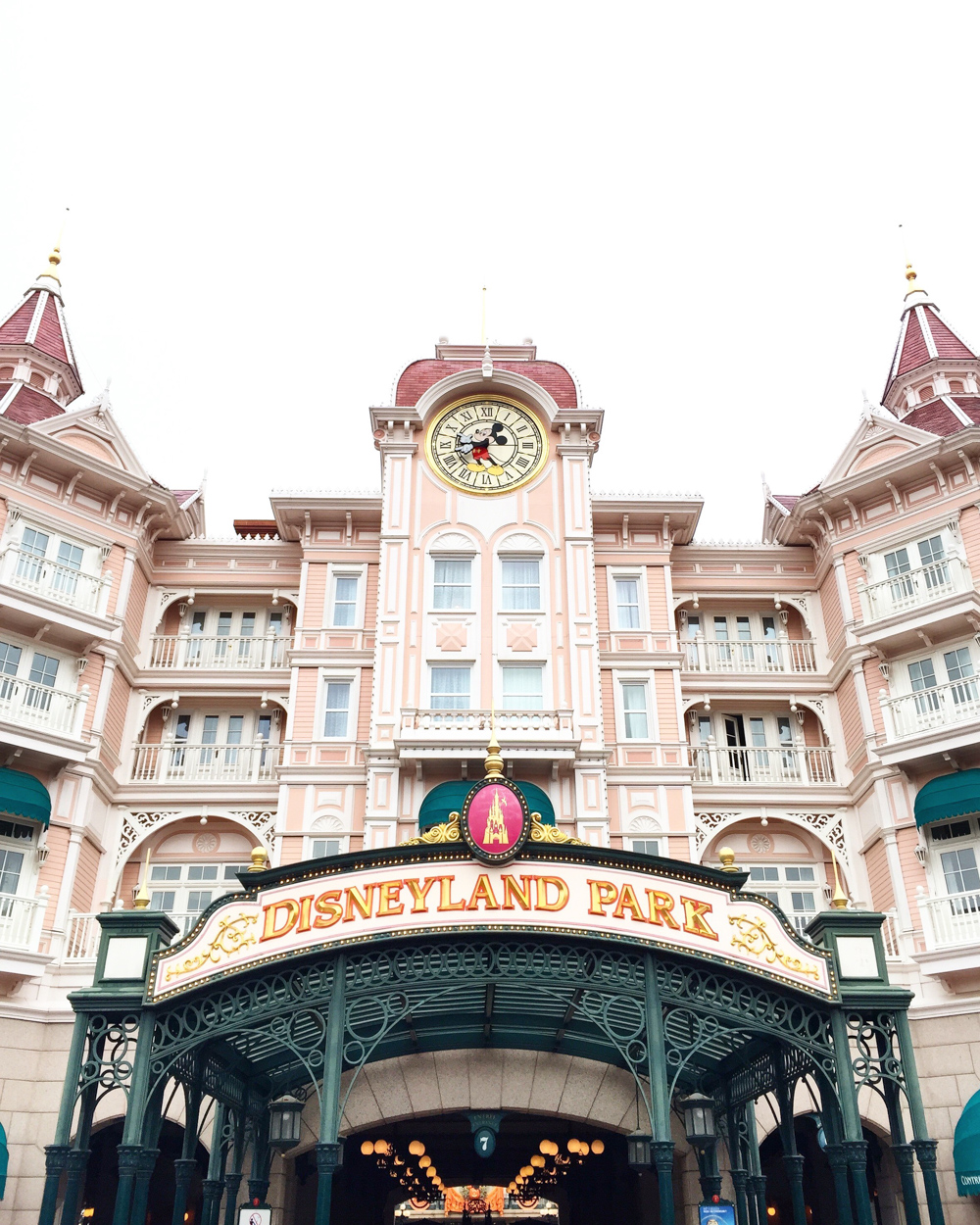 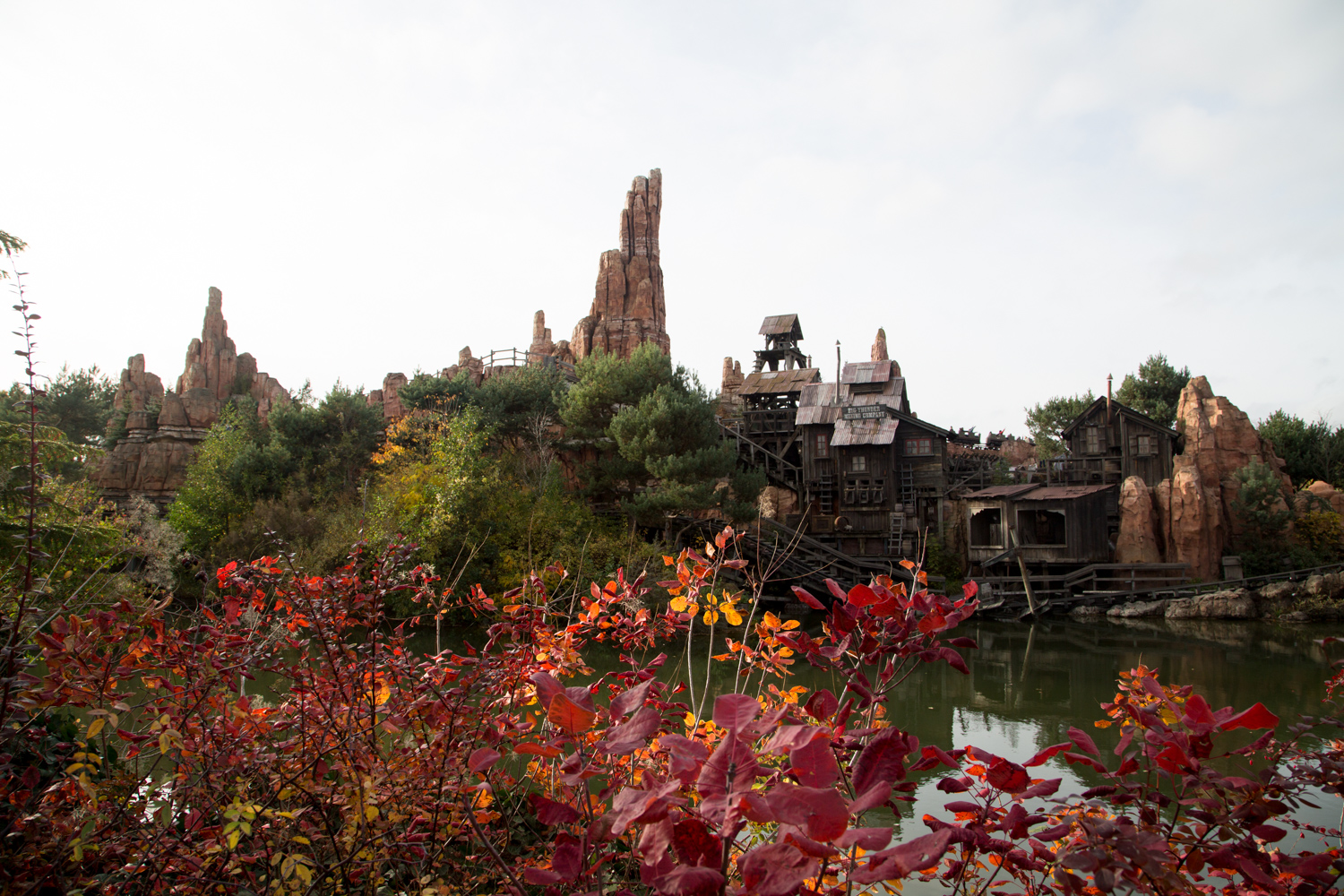 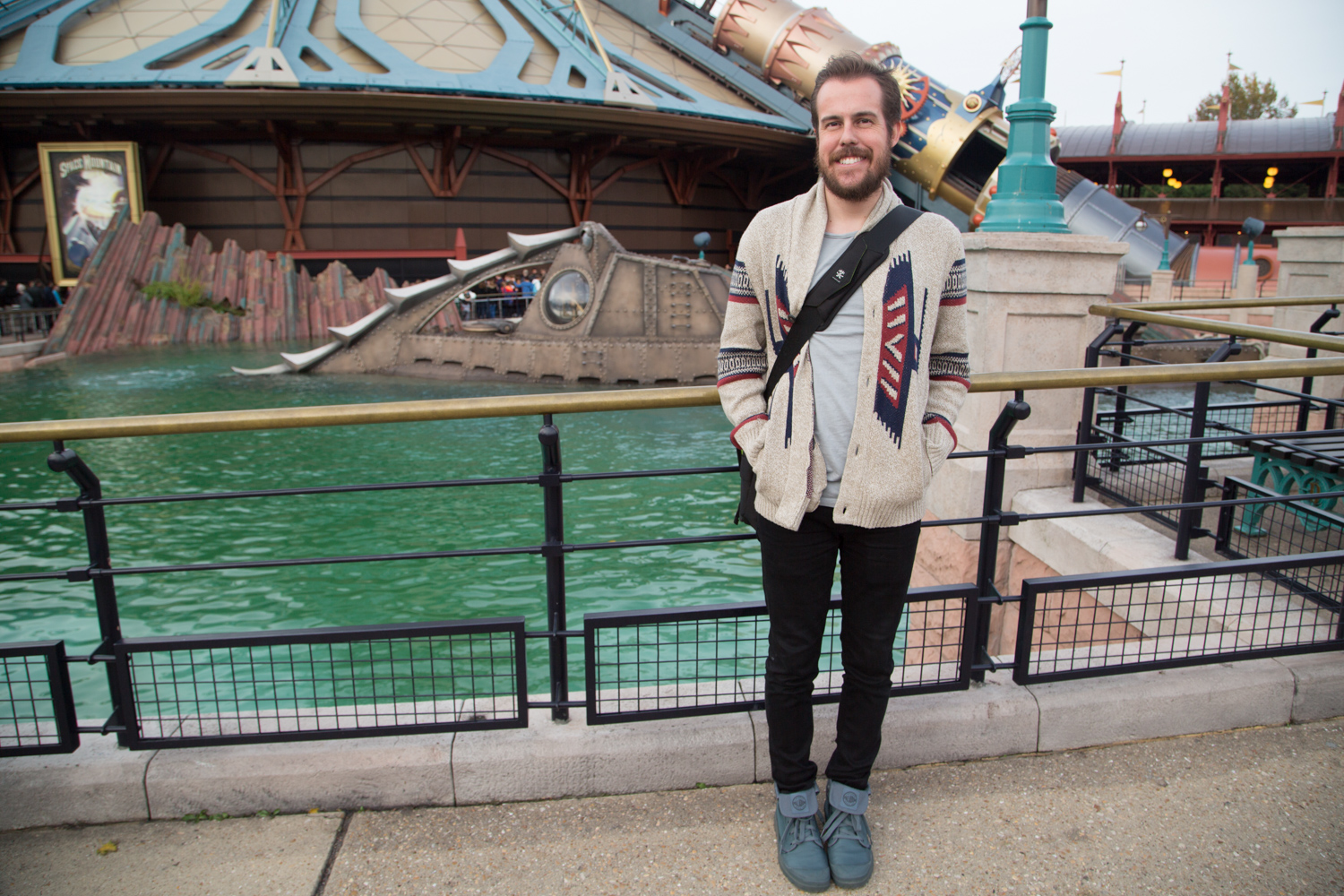 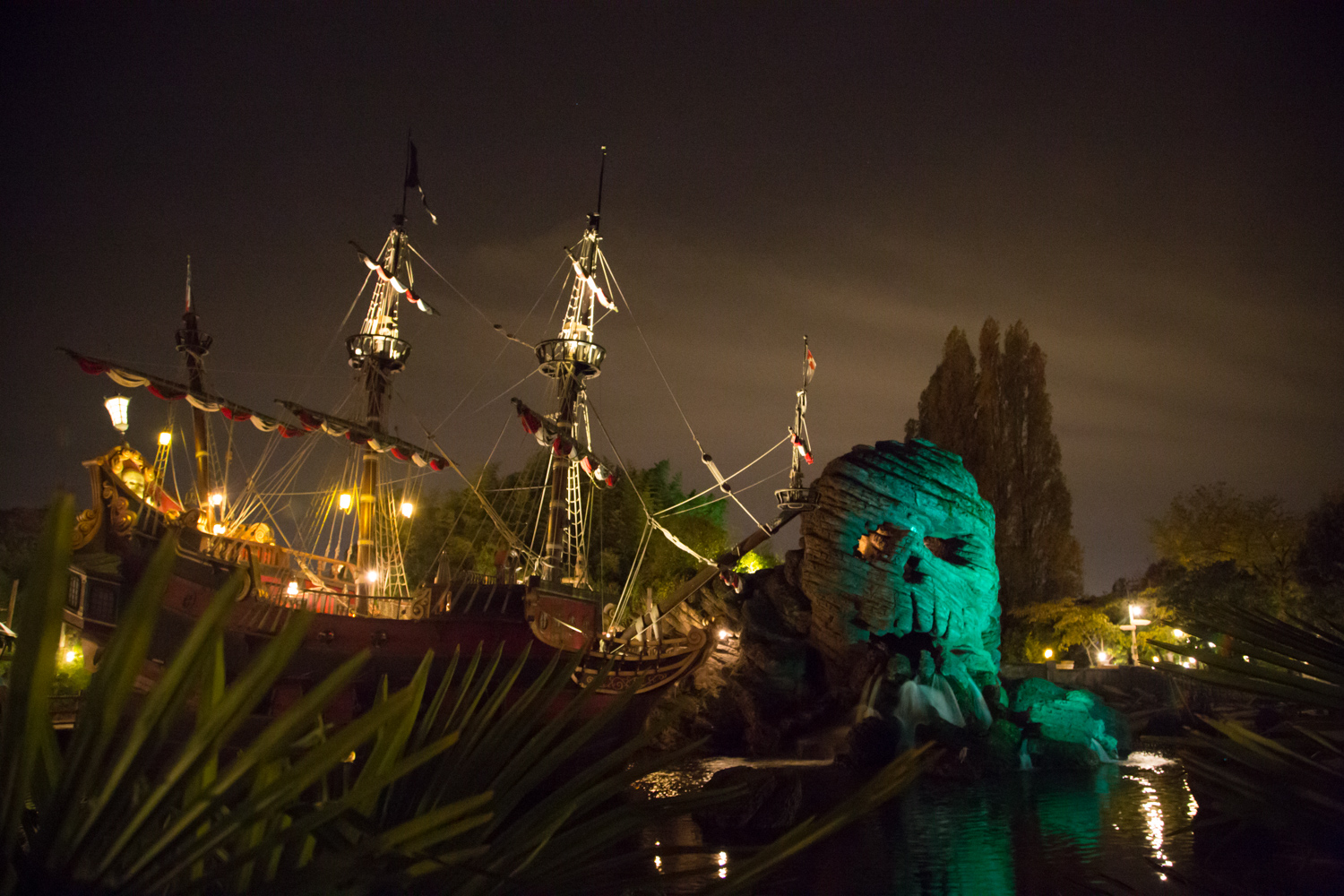 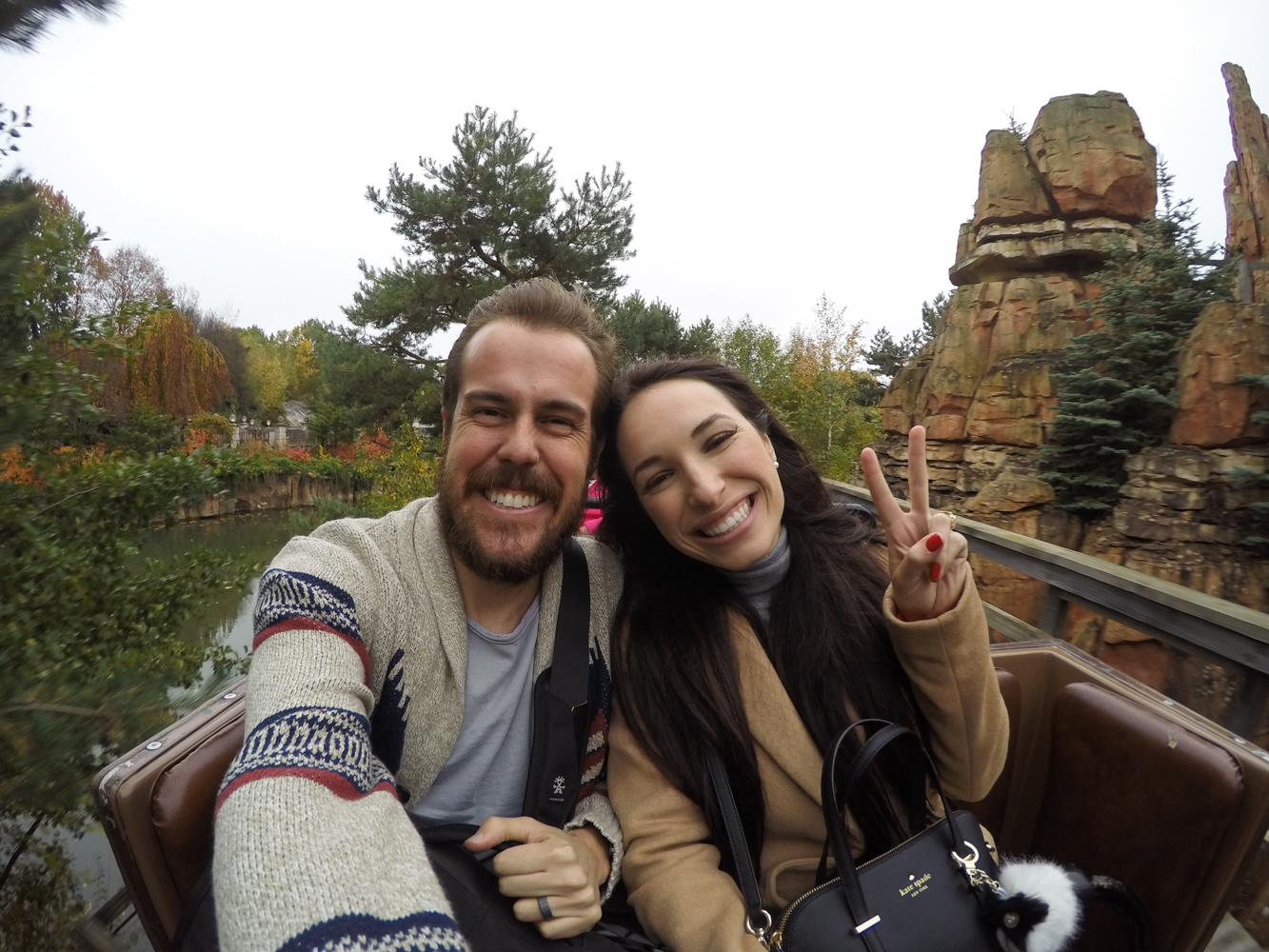 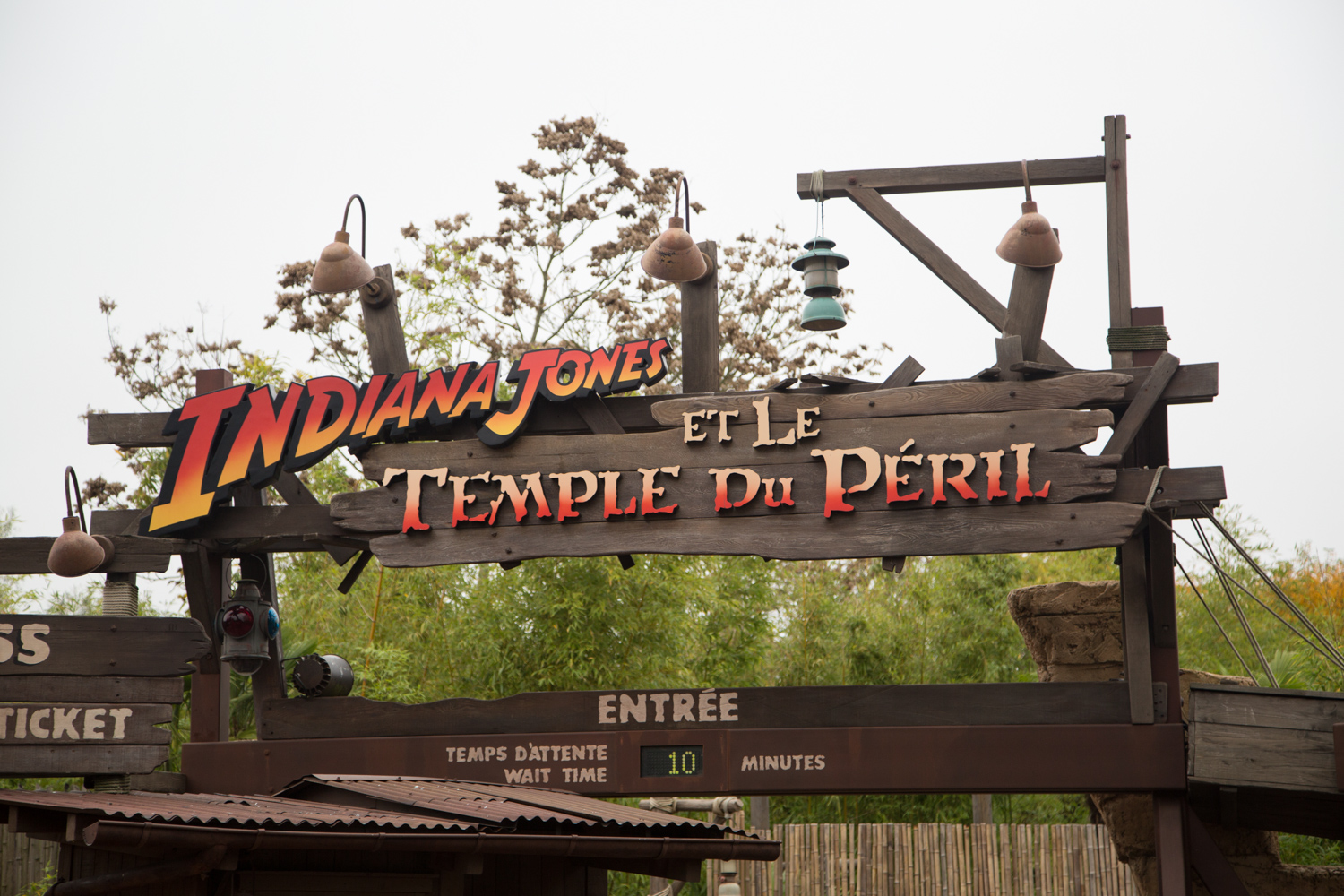 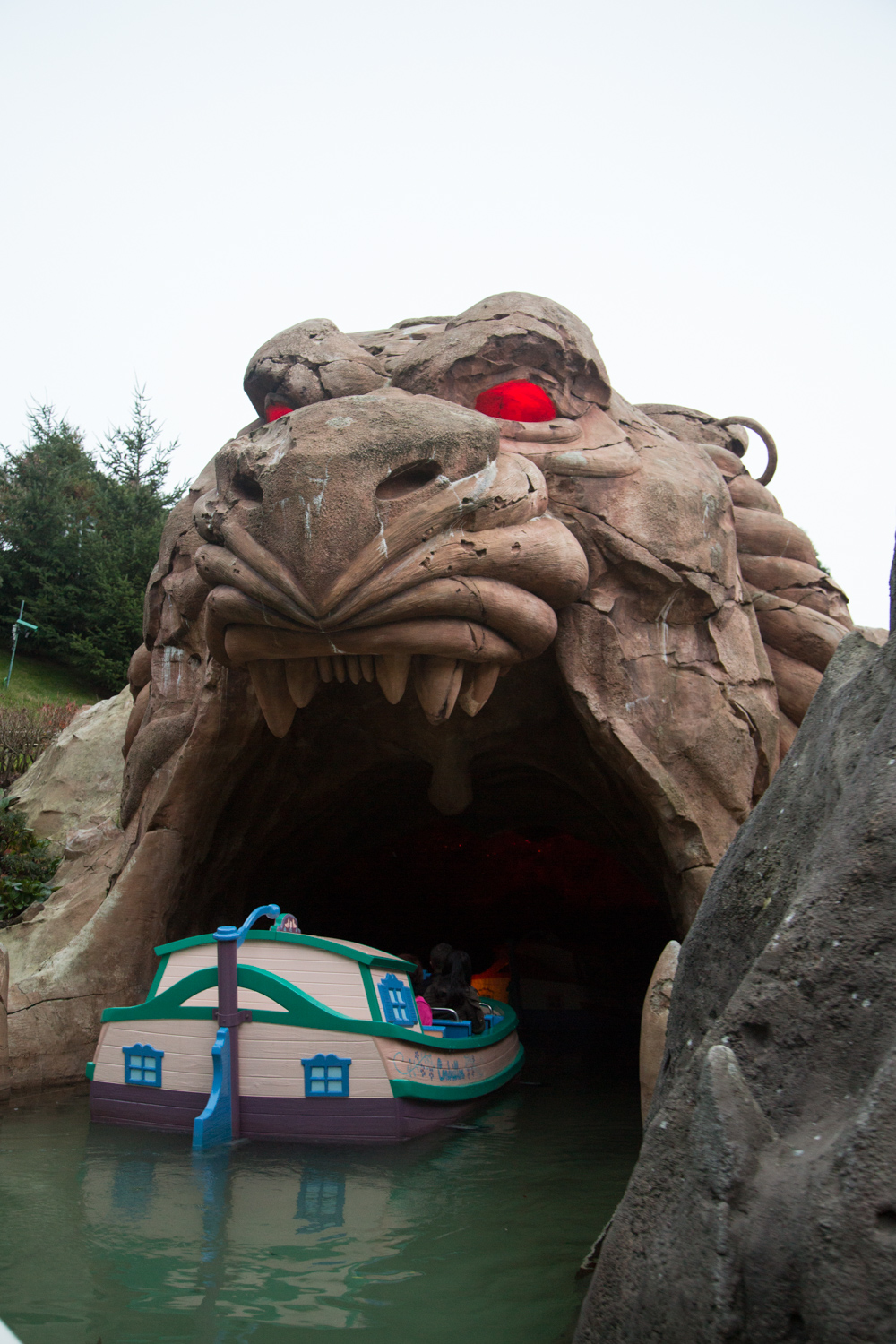 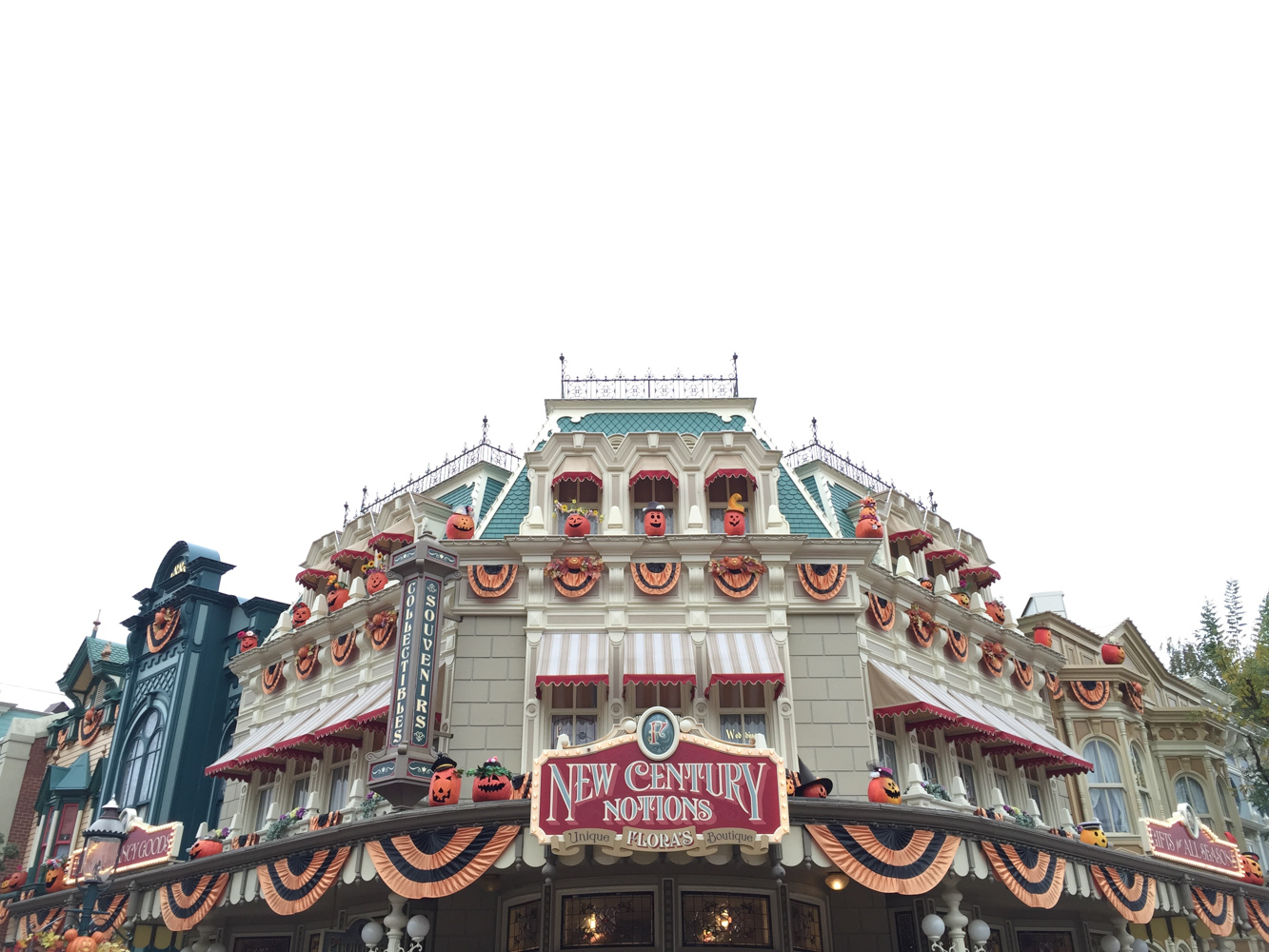 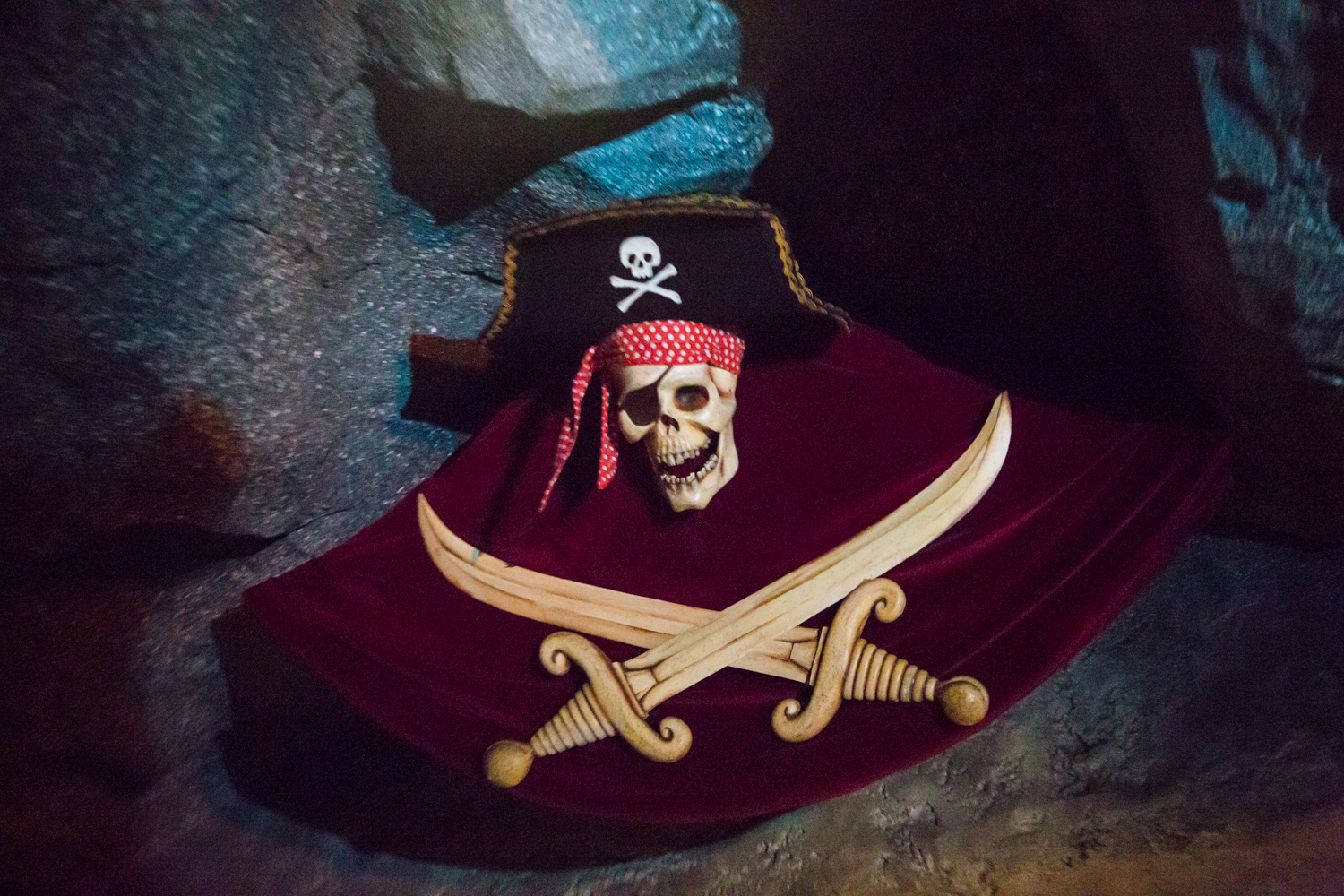 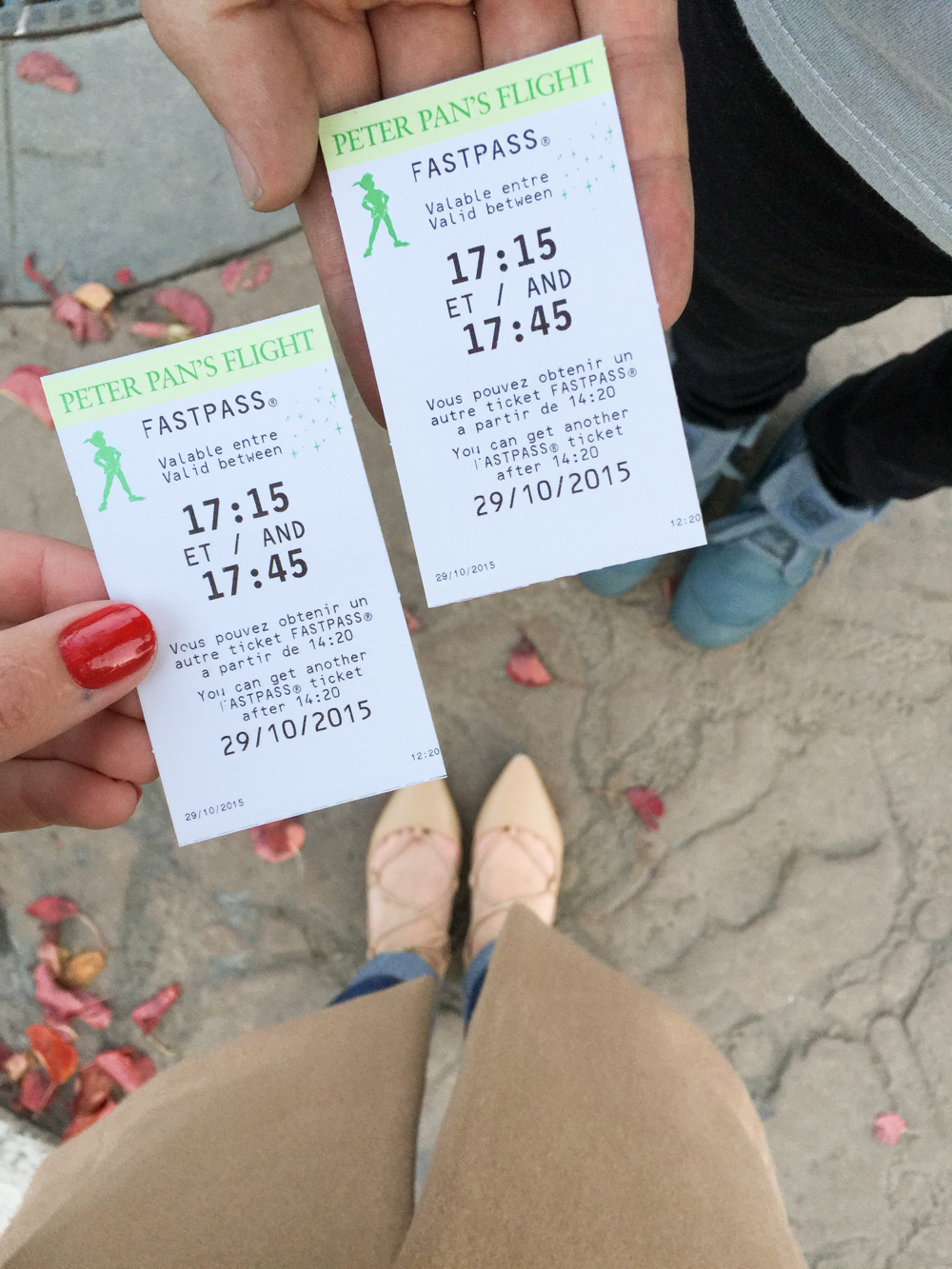 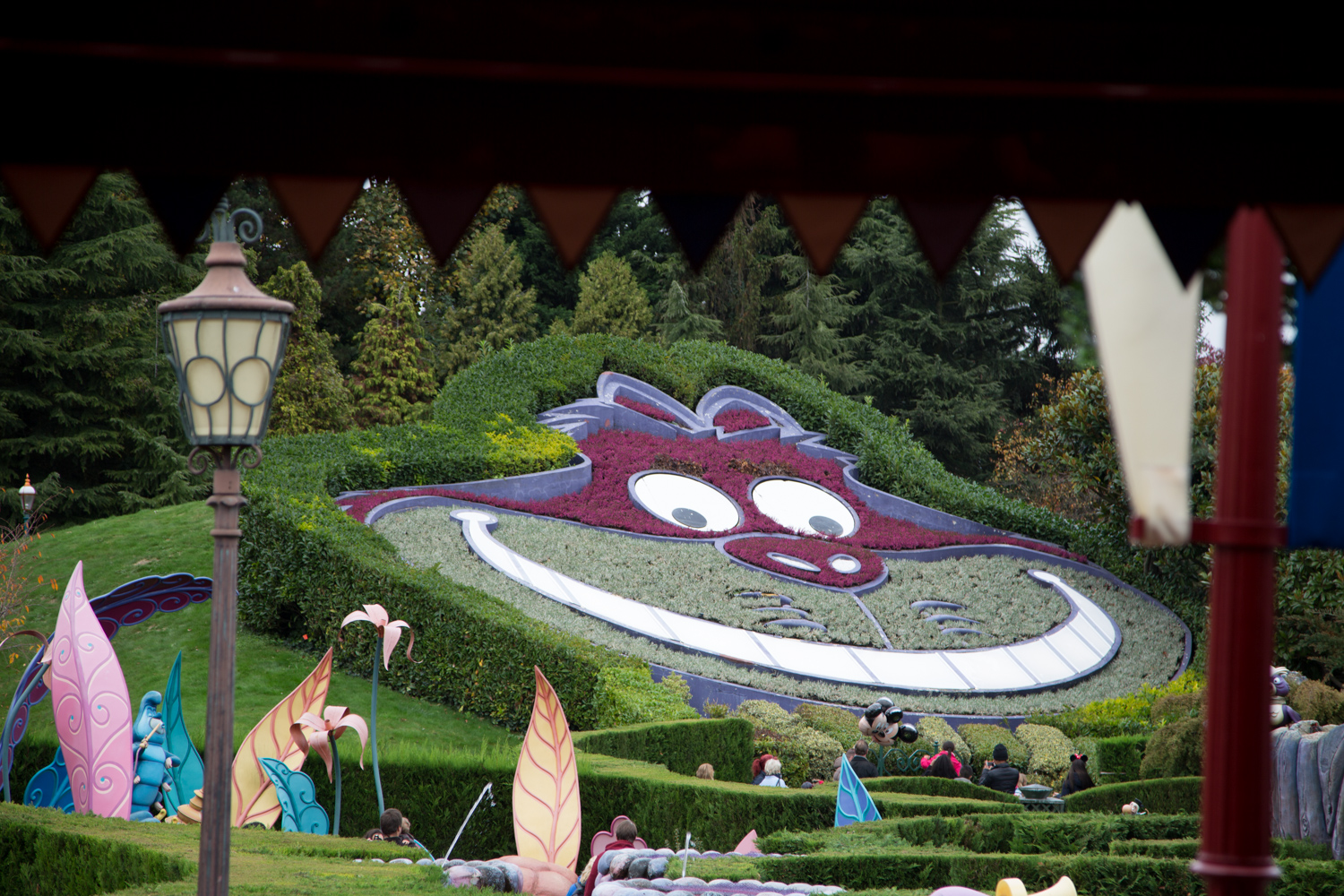 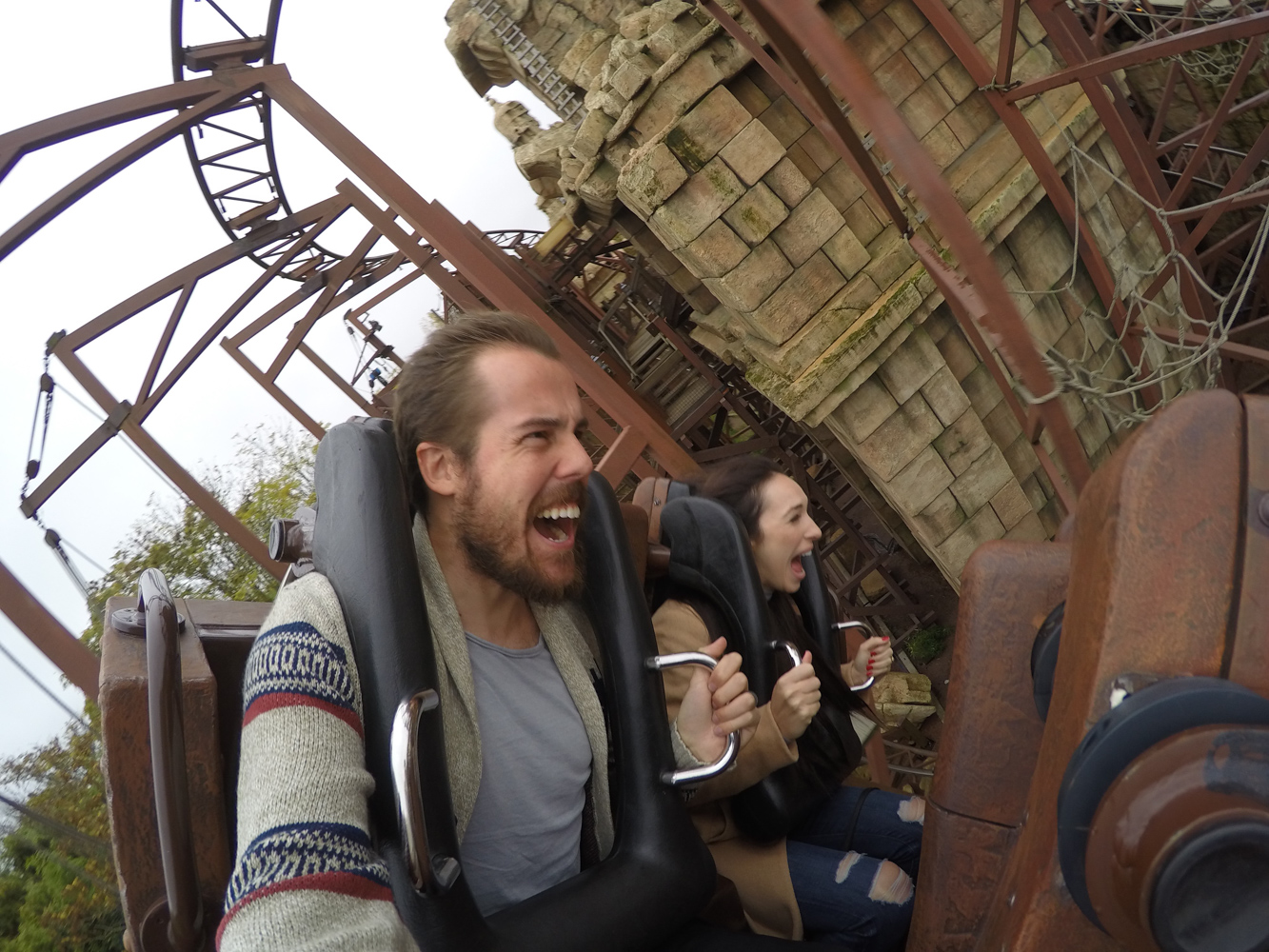 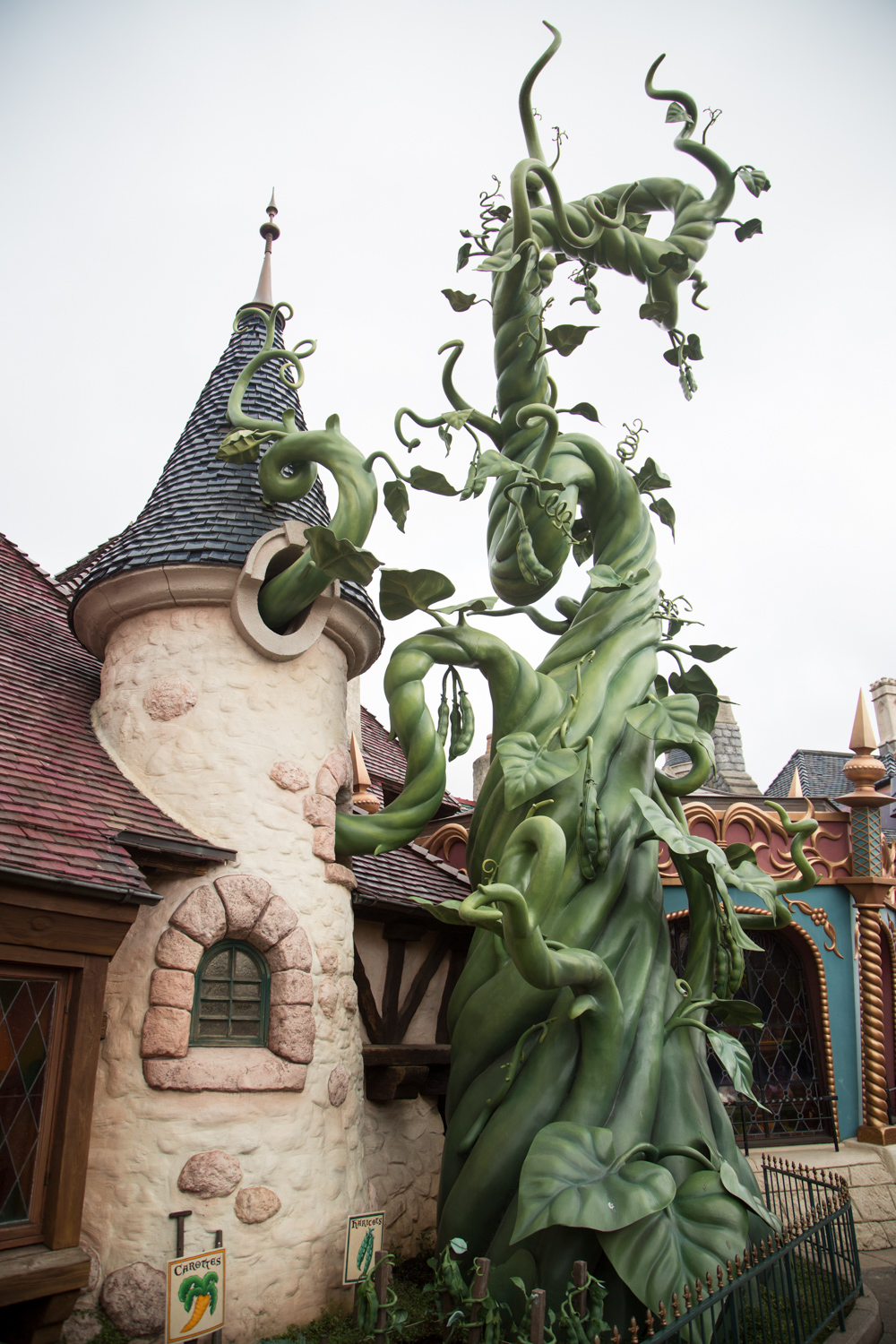 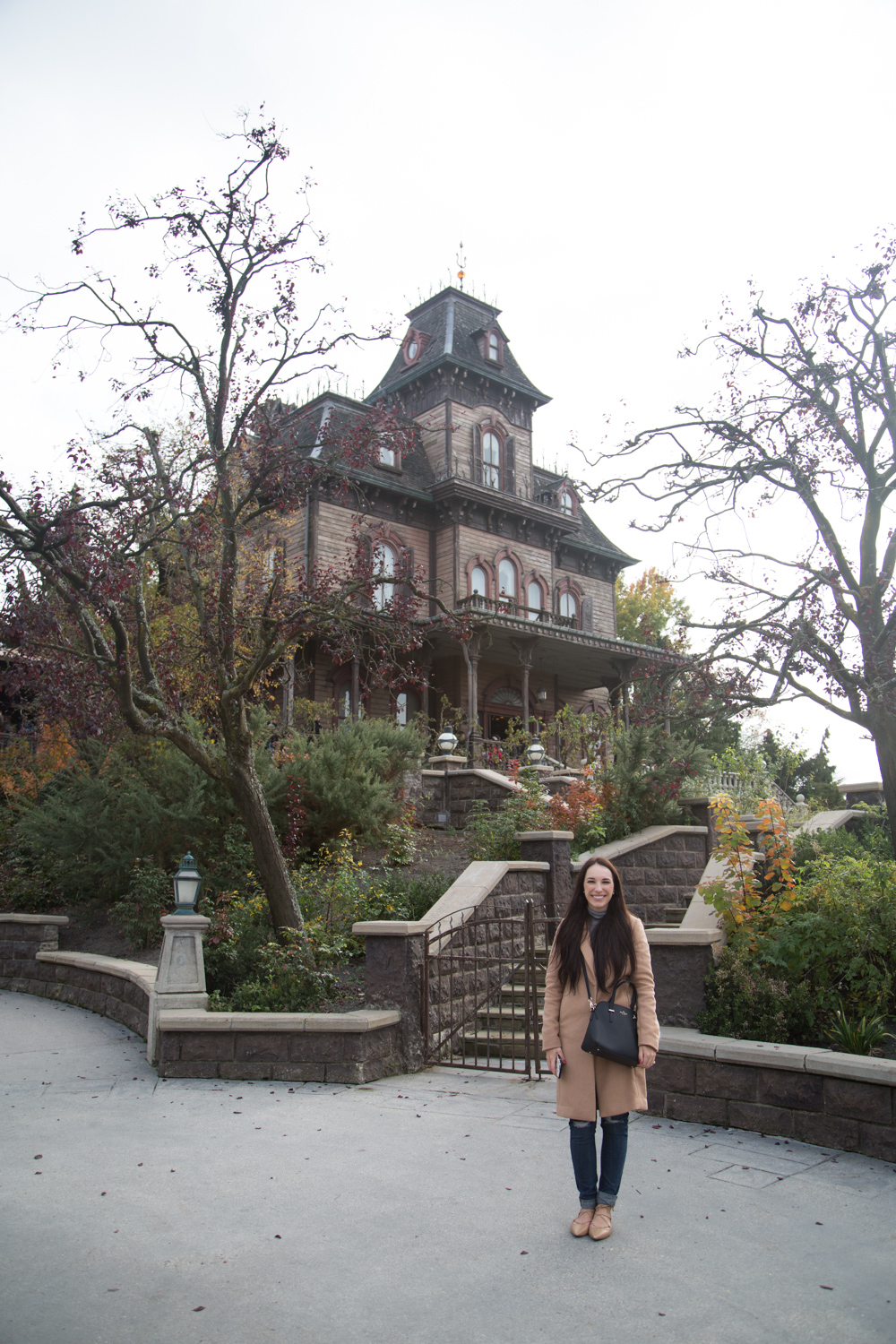 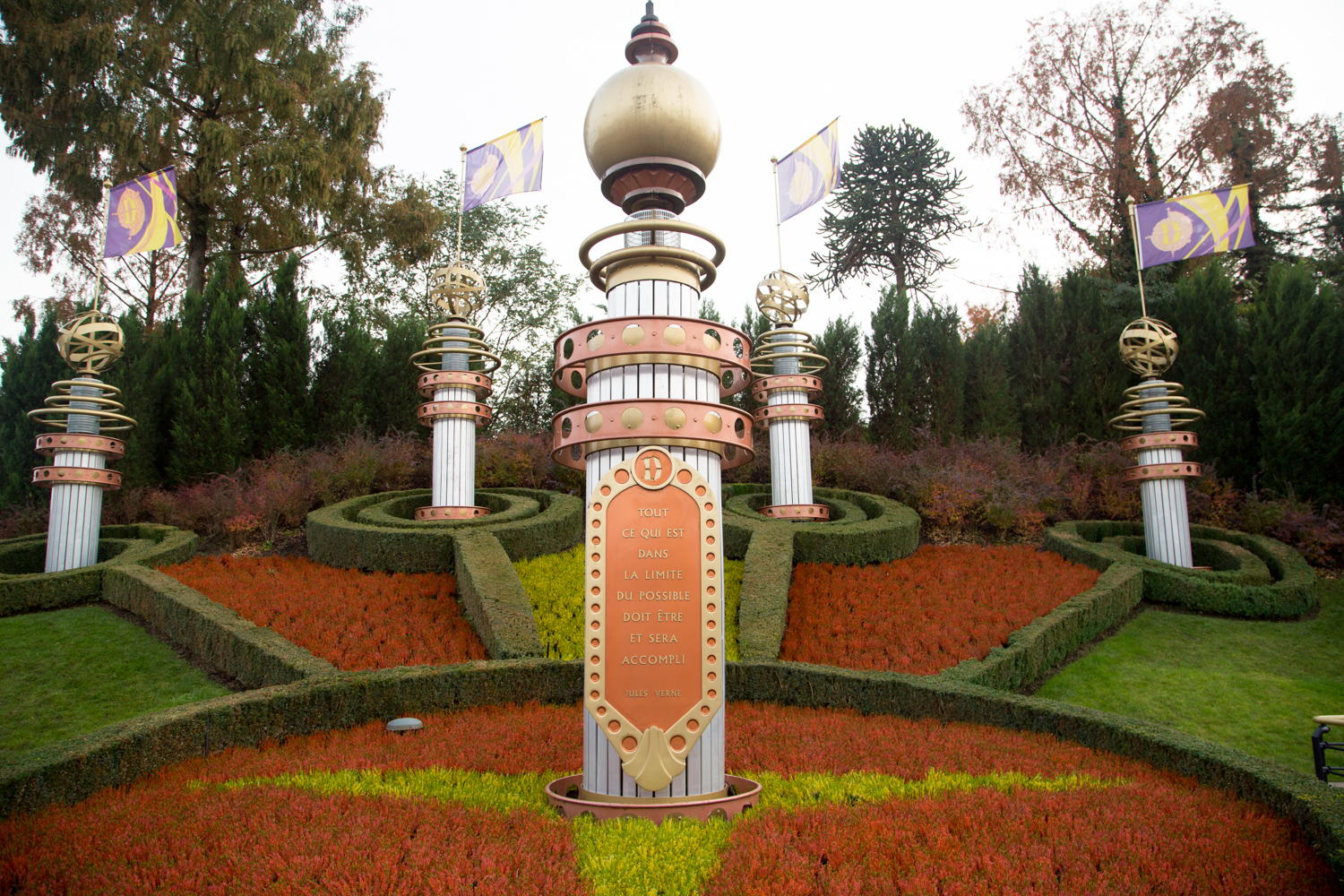 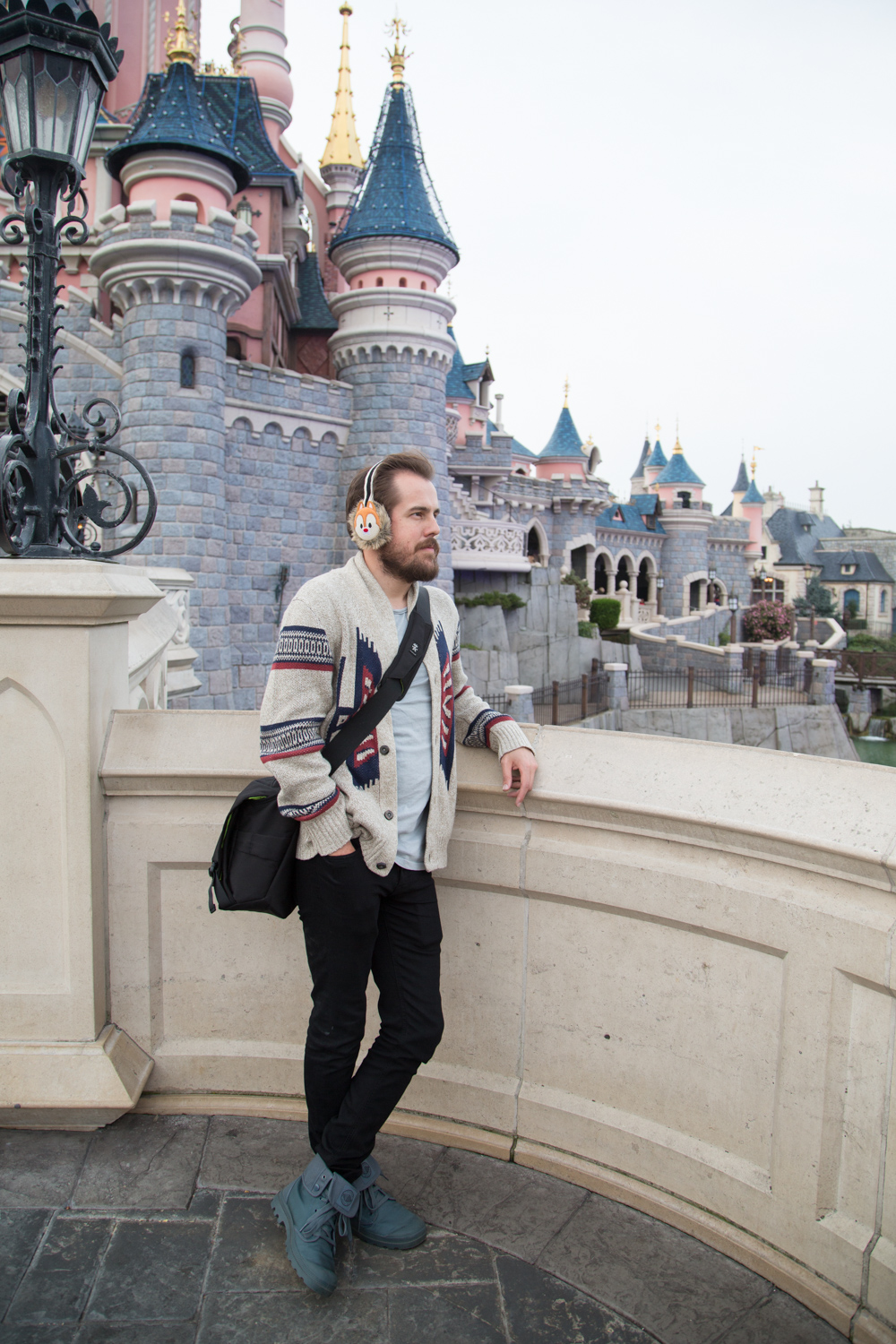 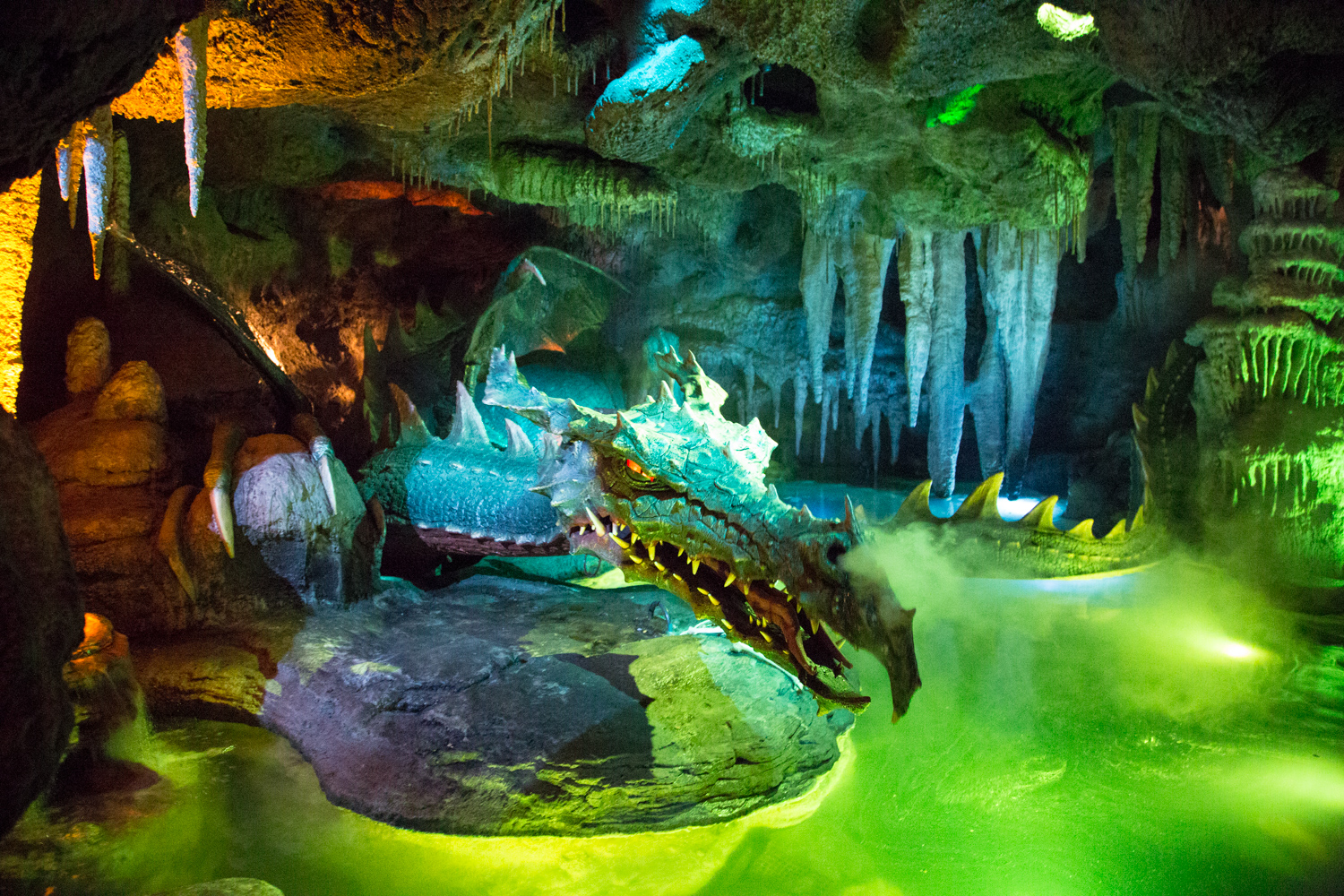 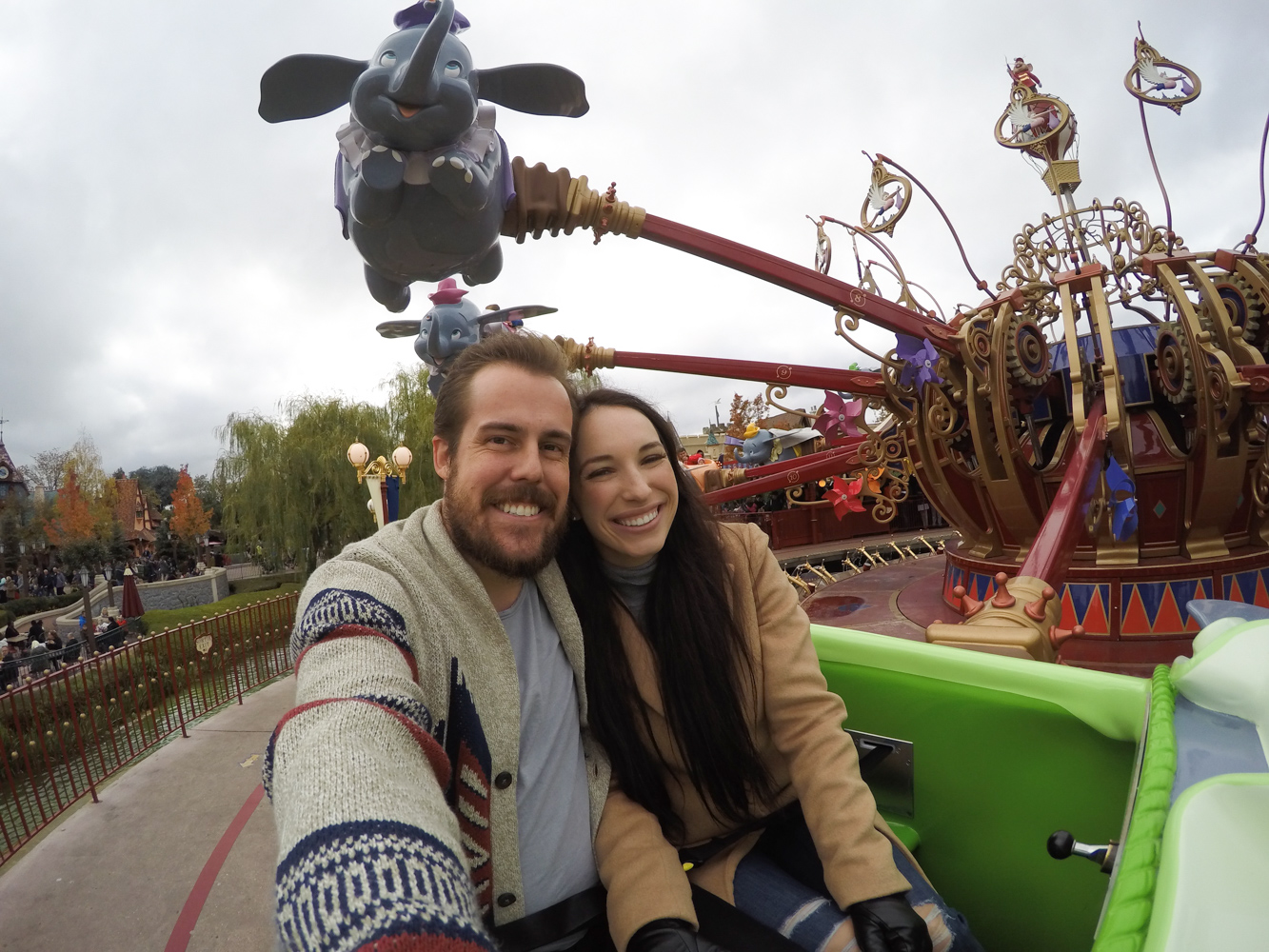 HIS LOOK
Sweater: Koto | Shirt: DSTLD | Jeans: DSTLD | Shoes: Palladium Boots
HER LOOK
Jacket: Ann Taylor | Shirt: Banana Republic | Jeans: DSTLD | Shoes: Zara | Gloves: Target | Purse: Kate Spade via eBags
When we were in Paris we got the chance to spend a day at Disneyland!  Oh my, oh my!! We loved it soooo much!  We never thought we would love a place as much as Disneyland in California, but Paris sure came close!  It was so fun to see the differences between the two places and the fun additions to Disneyland Paris!
There were so many places to walk and explore in the park, we were in heaven!  Every where you went there was a trail so some new magical place to explore!  My favorite was by Pirates of the Caribbean!  There were awesome caves to explore with a giant skull and pirate boat you could walk on!  It was amazing!  They even had an Alice in Wonderland and Aladdin walk through areas!  It was so fun!  Jakes favorite was the 20,000 Leagues Under the Sea submarine!  He grew up loving the ocean and giant squids, so seeing the submarine was a real treat for him!

A couple fun big differences that we saw. One was the Castle.  It was Sleeping Beauty’s Castle again, but it was huge!  Walking though it was super neat, and there was even a dragon underneath the castle!  Outside the castle on the back,  Maleficent had a layer with these giant thorns came out the ground!

Another difference was Indiana Jones!  It was a super jerky rollercoaster ride that did a 360 loop and was outside!  That was a big difference!  On the Haunted Mansion ride or in Paris the “Phantom Manor” instead of going into an attic you would go underground where all the skeletons were!  We loved that fun change!

Some other changes were, Casey Juniors train was super fast and like a kids rollercoaster almost! Storybook Land didn’t have a host that told you all about story land and the boat rows faced the front of the boat.  On the ride there was little mini people/action figures with the homes and there was unique ones like Bell from Beauty in the Beast, The Sword and the Stone, Emerald City, and the Cave of Wonders from Aladdin!

One interesting thing we noticed was no one was wearing Mickey ears!  They weren’t even an option for sale at the stores, which was a bummer because we love Mickey Mouse Ears!  But.. they did have these awesome Mickey ear muffs and some super fun winter accessories, so that was awesome!  The stores also had a ton of cool Mickey Clothing items from high tops, to undies, to overalls!  I wanted to buy them all and be Mickey decked out!

When we went, we went the day before Halloween, and it was so fun to see all the decor!  I was so shocked how decked out the park was in pumpkin decor!  They really went all out!  Halloween is my favorite holiday of all time, so we felt so lucky to be there at that time!

Someday we hope to make the rounds to Disneyland Tokyo!  Its so fun to see all the differences and the little culture changes at each place!  What is your favorite Disneyland?

Thanks for stopping by today! Have a fantastic day!

camo jacket and a poncho

A Fishtail and Tassels

Everything that makes DISNEYLAND is back?!?!